Indian Government Plans to Recruit 10 Lakhs People Narendra Modi instructed his government to recruit 10 lakh people in “mission mode” during the next 1.5 years after reviewing the employment status in all departments and ministries.

PM Modi gave the directive after reviewing the human resource status in all government departments and ministries, the PM’s office said.

“PM Narendra Modi reviewed the status of Human Resources in all departments and ministries and instructed that recruitment of 10 lakh people be done by the Government in a mission mode in next 1.5 years,” the PMO said in a tweet.

It is a very good opportunity for freshers to show up their skills. Check for More IT and Non-IT jobs for Freshers Across India.

The government’s decision comes amid the opposition’s frequent criticism of it on the issue of unemployment. A large number of vacant posts in different government sectors has often been flagged.

BSNL Off Campus Drive 2022 for Apprenticeship of B.E/B.Tech/Diploma 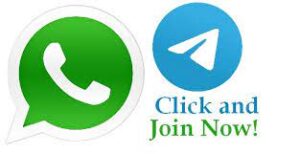